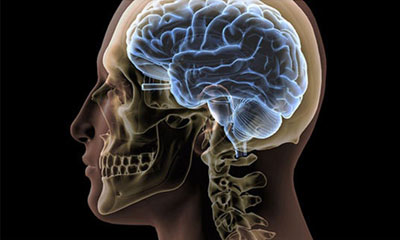 Based in Blaine, Dr. Greg Fors is a Minnesota holistic ADHD doctor serving patients in the Minneapolis/St. Paul area.

Treating ADHD and Behavioral Problems Without the Drugs!

Fall is a busy time, parents everywhere are scurrying about to get their children ready for school. In between the new notebooks, lunch boxes and clothes a topic that rarely gets addressed is optimal brain health. If there is any discussion of brain readiness and behavior it usually comes as a note from the school saying that the child needs an evaluation for possible medication due to attention and behavioral issues.

Behavioral disorders are growing at an alarming rate in the US. For example, ADHD alone is diagnosed in about 8 percent of children aged 4-17, and in about 4.4 percent of adults. Symptoms can appear as early as infancy, but usually onset starts at about seven years of age. A 2008 CDC study found an alarming trend; the percentage of older children diagnosed with ADHD is rising by about 4 percent each year. Many parents are desperate to find an effective natural alternative to drugs for their child to maintain focus and moderate behavior.

Sally was one such parent who recently came to my office; she was distraught, her son was inattentive, distracted, disrupting class and now his teacher and pediatrician were pushing for Ryan to begin medications. However, Sally was a dedicated mother who was curious, so she did some research on her own before deciding anything. She was not happy with what she found.

Sally found the most widely prescribed drugs for ADHD in the US are methylphenidate (Ritalin and Concerta) and amphetamine (Adderall and Dexedrine), which are powerful stimulants classified as Schedule II narcotics, medical drugs with the highest abuse and addiction profile. She discovered that Ritalin is closely related to the illegal street drugs Methamphetamine, street name "crystal meth." Sally also read that the National Institute of Mental Health's research showed that stimulant drugs such as Ritalin increase the risk of sudden death by 500% among children and teens.

She also found a startling article that came from the AMA journal entitled "Ritalin Acts Much like Cocaine. " In fact, she discovered a 2009 National Institute of Health study proving that Ritalin behaves similarly to addictive drugs like cocaine in the brain. The researchers demonstrated that these stimulant drugs, like cocaine, can cause unfavorable long-lasting physical changes to neurons in the brains of mammals. In this study both cocaine and Ritalin showed evidence of addiction in the brain, however in some cases, Ritalin produced even greater effects than cocaine.

Sally soon discovered that Ritalin may be helpful in the short term in suppressing symptoms, but there is neither evidence nor claims that Ritalin cures behavioral and attentional problems. In fact, she found that Professor William Pelham of the State University of New York at Buffalo stated in his latest study that: "There is no indication that medication is better than nothing in the long run".

An Alternative Approach for Ryan

Sally wanted to know if there were alternative treatments for her son. I explained to her that Ryan's behaviors were not character flaws but actual issues of overall body and brain health. For example, undiagnosed low iron stores and subtle thyroid problems have been shown to masquerade as attention and behavioral problems. Therefore, it was vital to do complete physical, nutritional and neurological exams including hearing and vision along with a Comprehensive Metabolic Blood Profile to make certain something was not being missed. Also utilized were specialized tests to check for any hidden metabolic dysfunction that could be affecting brain function, lab work such as a Urinary Organic Acid Profile, Comprehensive Digestive Stool Analysis and IgG Food Allergy Testing.

Once all this information was collected and analyzed it was time to Ryan ready for school without drugs. First and foremost it was vital for Ryan to begin eating a brain healthy diet, starting with a good breakfast low in sugars and simple carbohydrates. This establishes a baseline for healthy blood sugar pattern throughout the day. To these carbohydrate changes we added high-quality fats and we removed the bad fats from his diet, such as trans fatty acids and hydrogenated oils. Ryan supplemented his diet with 6 g of EPA/DHA on a daily basis.
Second, aerobic activity for at least 30 to 60 minutes a day, turn off the computer, kill the TV and get Ryan moving. A healthy diet and aerobic activity helps to improve sleeping patterns, for poor sleep will impair attention, judgment and performance.

Ryan's lab work revealed low serum Ferritin, indicating inadequate tissue stores of iron, which can lead to low energy levels, causing brain fog and fidgeting . Ryan was given 80 mg of iron until his serum Ferritin levels returned to normal, he was watched carefully to make sure constipation or worsening of the symptoms do not develop. Iron is a double-edged sword because it can enhance free radical pathology, so its utilization must be monitored carefully. Ryan also had low vitamin D levels, which needed to be restored to normal. Because of his size and age he was started on 2000 IU of vitamin D for only one month, which was then lowered to 1000 IU until blood levels were restored to more than 40 ng/ml

Among other findings his Urinary Organic Acid Profile showed high levels of Glucarate, indicating that we needed to clean-up his environment and remove toxic influences. No one was allowed to smoke in his presence; it is estimated that at least a quarter million cases of ADHD per year could be prevented if mothers do not smoke during pregnancy. Additionally, the house was cleared of dangerous pesticides and other commercial chemicals; pesticide exposure at school and home has been linked with ADHD . Only Green household products are now used by Sally in maintaining the house. Specific nutrients were then added to his program to help clear damaging toxins from his tissues.

Also Arabinose, a metabolic byproduct of yeast growth in the small intestine, was found elevated in his urine. Yeast growth was also cultured in his Comprehensive Digestive Stool Analysis, along with indications of maldigestion and malabsorption, all which needed to be improved. The yeast was removed from his digestive tract and healthy probiotics were reestablished. His IgG ELISA food allergy test indicated multiple foods that were affecting his behavior and were removed from his diet. 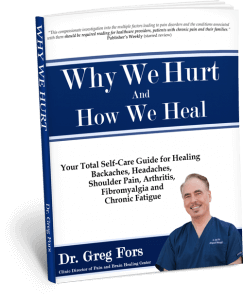 Ryan was also placed on nutraceuticals that combined specific standardized herbal extracts to help improve the acquisition, retention and retrieval of learned tasks along with augmenting memory and concentration. A few of the primary nutraceuticals utilized were a Bacopa Monniera extract , Rhodiola rosacea extract, Ginkgo Biloba leaf extract, Vinpocetine extract, and Grape seed extract. Any discussion of the neurophysiological effects of these botanicals and dosage in these disorders are beyond the scope of this article. Over time Ryan's Healthy Brain Program began to make major changes in his life allowing him to reach his full potential.

For a more comprehensive exploration of these issues pertaining to your health see my book "Why We Hurt", available at bookstores everywhere.

If you are in need of a holistic ADHD doctor in the Minneapolis/St. Paul area, contact Pain & Brain Healing Center online, in person or by phone. We look forward to hearing from you!