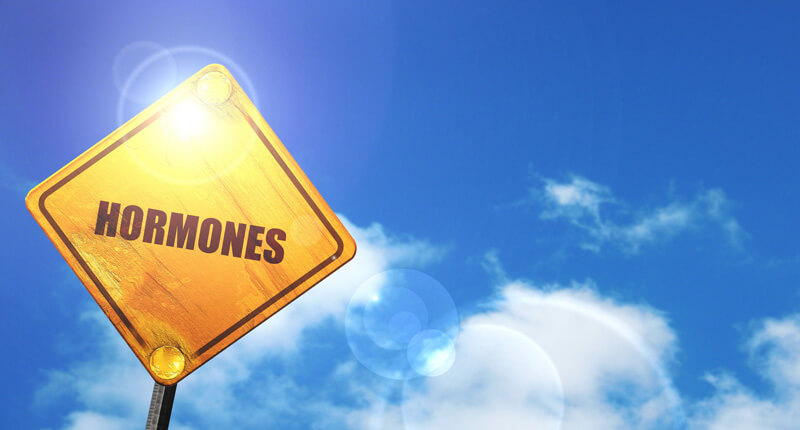 Perimenopause and Menopause are natural events that affect every woman at some point in life. It is a natural process and not an illness, however, approximately 2/3 of all women will develop menopausal symptoms. The most bothersome of these are the vasomotor symptoms of hot flushes and night sweats. For a long time hormone therapy was considered the first line of treatment for these symptoms. This is changing given the results of the Women's Health Initiative. Now, many women are reluctant to use exogenous hormones for these symptoms. A vast number of women are turning to the use of botanicals and dietary supplements for relief. But to be effective one must understand estrogen and estrogen metabolism.

Before Menopause manifests there is a period of time known as Perimenopause, literally meaning "around menopause", that can bring on very troublesome symptoms in women. Perimenopause is generally expressed in women between 35 and 50 years of age. This phase can last 2 to 10 years before the total cessation of a woman's menstrual cycle. If a woman does not properly metabolize estrogen, she can develop common Perimenopausal symptoms. These symptoms are caused by fluctuations in estrogen levels along with higher levels of toxic estrogen and a deficiency of healthy estrogen metabolites. This is a signal that a woman should aggressively address how her body is handling endogenous estrogens as well as estrogens found within our environment. These symptoms are signaling that future health problems may arise from these toxic estrogens.

Most people think that estrogen is just one hormone, but actually there are three biochemically distinct molecules produced by both males and females-estrone (E1), estradiol (E2), and estriol (E3). These three estrogen molecules have very different activities in the body, and their activity determines whether they will have beneficial effects or cause deleterious symptoms and even cancer. Complicating this picture further is the fact that these three estrogens are further metabolized into different estrogen metabolites-daughter compounds-called 2-hydroxyestrone, 4-hydroxyestrone and 16-hydroxyestrone. In general, the 2-hydroxy is the "good" metabolite of estrogen and the 16-hydroxy is the "bad" variety. Which metabolites of estrogen become dominant depends on three factors: genetic makeup, lifestyle/diet and environment. Research has demonstrated that the overproduction of 16-hydroxy estrogen is caused by obesity and all the "estrogenic" environmental chemicals we are exposed to . Over a quarter century ago, researchers discovered that women with breast and uterine cancer made too little of the 2-hydroxy and too much of the 16-hydroxy .

Actual Menopause officially arrives when a woman has not had a menstrual period for 12 months in a row; before that time she is still in the Perimenopause phase. A woman is post Menopausal after 12 full months have passed since the last menstrual period. The primary cause of actual Menopause is declining estrogen levels, a natural part of the aging process. The average age for experiencing menopause is 51 years old, but many women will notice early menopausal symptoms before the age of 45. For multiple reasons women can go through menopause as early as their 20s, 30s or 40s. The severe vasomotor symptoms of menopause; hot flushes and night sweats, are primarily caused by the rapidly fluctuating and dropping levels of natural hormones. These vasomotor symptoms may begin more than four years before menstruation stops and continue a year or two after menopause. These menopausal symptoms can also lead to insomnia or disturbed sleep. Research has shown HRT or hormone replacement therapy to be effective in countering symptoms, but the side effects of this therapy no longer makes it attractive. However, there is a growing body of scientific evidence that complementary therapies such as Isoflavones containing Phytoestrogens may help Menopausal symptoms.

To effectively treat these very troubling symptoms of Perimenopause and Menopause without resorting to hormone therapy, very specific nutrients and botanicals at clinically significant levels must be utilized to support healthy hormonal levels and metabolism. A healthy balance of hormones and their proper metabolism can provide welcome relief for women.

Black Cohosh Root Extract is shown to be effective in multiple rigorous studies. In one double-blind placebo-controlled clinical trial, utilization of a specific dried ethanolic extract of Black Cohosh not only outperformed the placebo but gave the treatment group significant symptom relief . Other botanicals that have performed well in placebo controlled clinical trials include specific Isoflavones from Red Clover Extract. In one randomized double-blind placebo-controlled trial, 30 women with more than 12 months amenorrhea and experiencing more than five flushes per day were enrolled. The treatment group specifically received a Red Clover Extract containing a standardized amount of the four principle Isoflavones: Biochanin A, Formononetin, Genistein and Daidzein. During the 12 weeks study, the menopause symptoms were significantly reduced by almost 44 percent within the group receiving 80 mg daily of the specific Isoflavones Extract. Symptoms within the placebo group remained unchanged . Leonurus Cardiaca or Motherwort is another botanical that has estrogenic activity and has shown to be helpful in alleviating the discomforts associated with menopause.

It is important to understand that to normalize hormone levels, it vital to normalize estrogen metabolism and detoxification in order to overcome these troubling symptoms and reduce the risk of breast and uterine cancer. Phytonutrients found in cruciferous vegetables, specifically DIM (3, 3'-Diindolylmethane), have been found to specifically promote beneficial estrogen metabolism and detoxification to restore a healthy hormonal balance. As indicated earlier, DIM supports estrogen balance by increasing beneficial 2-hydroxy estrogens and reducing the unwanted 16-hydroxy variety. One recent study specifically showed DIM to improve estrogen handling and provide potential protection against hormone-dependent cancers by specifically increasing the 2-hydroxylation of estrogen urinary metabolites . However, direct measurements of beneficial shifts in estrogen metabolism indicate you have to eat at least two pounds per day of raw or lightly cooked cruciferous vegetables to derive the same benefit as 120 mg of DIM.