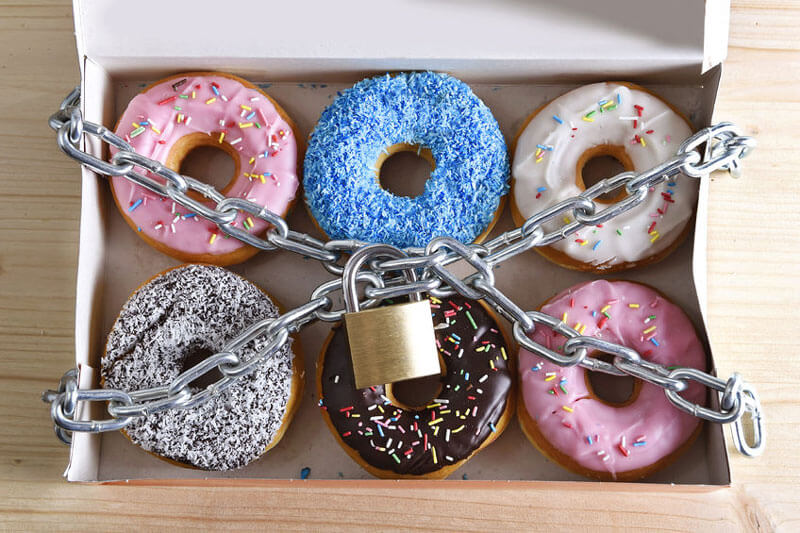 Sugar has been declared the most dangerous drug of our time! Research has now established that sugar is far more addictive than cocaine, one of the most addictive and harmful substances known. In studies even rats who were addicted to cocaine will quickly switch their preference to sugar to achieve their high, once offered a choice. Neuroscientists have found that when humans ingest a high dose of sugar we get an intense release of dopamine in an area of the brain, this is exactly how cocaine creates its effect. This area of the brain is involved in reward, focus and pleasure therefore this release of dopamine leads to a sense of pleasure and euphoria. However, just like with cocaine, over stimulation from chronic consumption of sugar causes the dopamine receptors in this area of the brain to slowly become down regulated. In other words there are less of them and they become less responsive to dopamine, causing you to seek out another sugar high. This down regulation of dopamine receptors can lead to lack of focus, ADHD -like symptoms, depression and anxiety. The rates of depression in a country actually rise in lockstep with per capita sugar consumption.

And right now Americans are eating more sugar than ever before, on average about 160 pounds a year. When I say sugar don’t just look at the sugar bowl on your table. Any food you eat that has an ingredient that ends in –ose is a sugar, sucrose, glucose, fructose, dextrose. Amazingly 80% of all food items in US grocery stores contain added sugar. This legal white powder is now causing more deaths in our population than the illegal substances we call drugs estimation. Numerous studies have shown that sugar contributes to the development of cardiovascular disease, liver disease, hypertension, type II diabetes, obesity and kidney disease.

Then there is obesity and diabetes and virtually no one will deny the primary role that sugar plays in this epidemic. It is a primary reason that nearly 70% of Americans are now overweight and worse yet one in two Americans have pre-diabetes or type II diabetes. Astonishingly, the CDC announced on June 15, 2003, that one out of every three children born from the year 2000 and on will develop diabetes by middle age. This supports the fact that by the year 2050 one third of all Americans will be diabetic. This is no small matter for diabetes causes all kinds of misery. Sugar addiction and subsequent diabetes takes a toll on every organ in your body including the heart and blood vessels, eyes, kidneys, nerves and brain.

Don’t think you can sidestep all these problems by utilizing artificial sweeteners. Contrary to popular belief research has shown that artificial sweeteners such as aspartame can: stimulate your appetite, increase carbohydrate cravings, stimulate fat storage and weight gain. Scientific evidence shows that aspartame actually worsens insulin sensitivity to a greater degree than sugar. A study published in 2012 showed that saccharin and aspartame actually cause greater weight gain than sugar. This includes all artificial sweeteners such as: aspartame (NutraSweet, Equal), sucralose (Splenda), saccharin (Sweet'N Low), acesulfame potassium, neotame, and others.

Do you feel moody, depressed and anxious? Do you have chronic pain that plagues your muscles and joints? From this article you learned that sugar acts like a drug to create down regulation of the dopamine receptors in your brain. This will lead, just like cocaine use, to a lack of focus and a decreased pleasure response, in other words depression and anxiety. Furthermore sugar has been shown to turn on the inflammatory pathways in your body, leading to chronic muscle pain, joint pain even heart disease and Alzheimer’s known to be connected to systemic inflammation. You don’t believe you’re addicted to sugar, that it is affecting your mood and your overall health. Then try giving it up for couple weeks and see what happens.