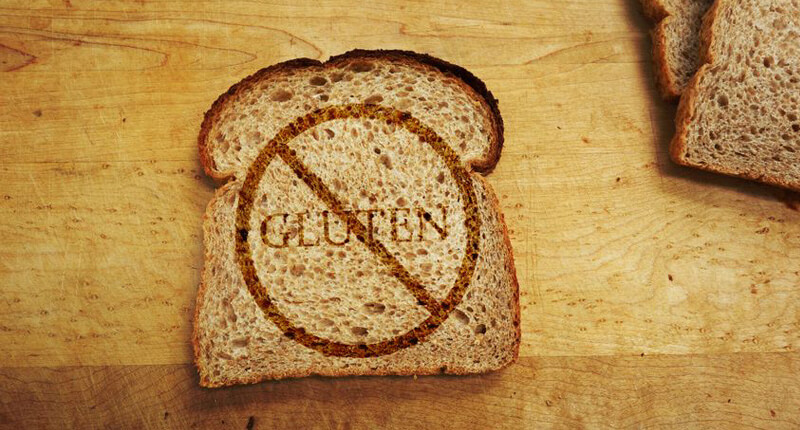 Susan was only 42 years old but was already on a mixture of four different medications for her fibromyalgia, depression and digestive distress. Timmy was inattentive, uncommunicative and at four years old he was showing definite signs of autism. Joseph at age 55 had been struggling with chronic back pain on and off for nearly 20 years, seeing every type of healthcare practitioner possible in an attempt to find some relief. Looking over each of their diagnostic workups I found they all had one thing in common, gluten sensitivity. How could one substance be related to such different patients and varied complaints, and why are we suddenly hearing so much about gluten?

Wheat Once the Ideal Food

Probably one of the most ideal foods ever gathered and cultivated by our early ancestors were the wild grasses called Triticeae, which included wheat, barley and rye. Since then the day they have been under selective cultivation for over 10,000 years and have under gone massive genetic modifications. For thousands of years the wheat we consumed came from wide variety of different wheat species. However, Americans with in a span of mere decades have come to consume wheat flour from just two species that is now bleached, refined and altered beyond all recognition of what it was thousands of years ago. Because of this enormous pressure on this food grain and other factors beyond the scope of this article we are finding a greater percentage of individuals reacting to this once ideal food. Because of the increased occurrence of immune dysfunction and outright allergic reactions in our population, these phenomena of gluten sensitivity will only continue to increase.

What Is This Gluten and How Does It Cause Problems?

Gluten is a substance that gives dough its elasticity, it is actually a sugar stuck to the proteins, gliadin and glutenin. The gliadin proteins are mostly responsible for triggering the gut immune response seen in celiac disease, whereas the glutenin proteins tend to amplify inflammation in the gut and throughout the body. Through these mechanisms gluten can have specific damaging effects on the intestinal lining and throughout the body. Therefore, gluten sensitivity can show up not only as obvious gastrointestinal symptoms like cramping, bloating, gas, diarrhea, but also as fatigue, brain fog, mood disorders, behavioral problems, skin rashes, fibromyalgia, muscle and joint pain issues. All of these health issues were raising their ugly head in Susan, which had caused her to rely on four different medications just to get through her day. As seen in her case, gluten sensitivity can manifest as any problem related to increased gastrointestinal and systemic inflammation.

Because of gluten's widespread and varied manifestations, most cases of gluten sensitivity go undiagnosed or misdiagnosed as other disorders. One recent study reported that about 47% of celiac patients are completely misdiagnosed, even 59% of those with severe classic G.I. symptoms are told they have irritable bowel syndrome. Furthermore, research has now established that gluten sensitivity can cause an increased inflammatory and/or autoimmune response anywhere in the body. It is this factor that allows gluten sensitivity to silently affect the function of so many tissues, from the endocrine, brain, muscle, skin, connective tissue, liver to even the heart.

Wheat Allergy and a Generalized Response

Some individuals without the classic celiac disease still have an increased inflammatory response to gluten containing grains. This inflammatory-immune response can sometimes be discovered by testing a patient's blood for the levels of IgG antibodies to wheat, rye and barley. It was this IgG immune response to wheat that increased inflammation in Joseph's muscles and joints that led to years of chronic low back pain. The definitive and most important test though for Joseph and all my patients is at least a seven-day removal of all gluten containing grains to see if symptoms improve. If the IgG antibodies for wheat are negative, but the patient improves by the removal of wheat and other gluten grains, that is the most accurate testing anyone can do.

The situation can become even more complicated by the fact that some individuals do not have classic celiac autoimmune disease or form IgG antibodies to the gluten grains. However, it has been demonstrated that incomplete digestion of gluten in some individuals can lead to absorption of opioid peptide substances called gliadorphins or gluteomorphins. In these individuals the opiate like peptides can cross the blood brain barrier and disrupt brain function. By binding to opiate receptors in the brain, gliadorphins or gluteomorphins can create effects similar to opiate drugs, such as heroin and morphine. One of the areas of the brain most affected by these opioid peptides are the temporal lobes involved in mood, memory, speech and auditory integration. Some studies have found an increased excretion of these opiates, gliadorphins or gluteomorphins, in the urine of autistic children. Furthermore, when all gluten was removed from the diet there was a decrease in the in excretion of these opiate peptides and improvements of autistic symptoms. It was the presence of gluteomorphins in Timmy's urine and the removal of all gluten from his diet that led to the reduction of many of his autistic symptoms.

A Classic Case of Celiac Disease

Susan's case was a bit more severe for she had an undiagnosed chronic autoimmune condition known as celiac disease. In celiac disease an individual possesses specific serum antibodies to gluten which overtime causes destruction to the lining of the small intestine and reduced absorption of needed nutrients. Approximately more than 95% of celiac patients, like Susan, carry a specific genetic code on their leukocytes known as HLA-DQ2 or HLA-DQ8. In celiac disease when these gene variants combine with gluten particles in the gut, the immune T cells recognize this combination as "non-self" or foreign and attack it as if it were a virus or bacteria. This floods the area with immune cells to remove the perceived "threat", initiating an inflammatory response. If gluten is continually introduced to the gut the cycle continues and the damage increases unless all gluten is removed from the diet. When all gluten was removed from Susan's diet and nutrients were supplied to help heal her small intestine, her wide variety of symptoms improve.

What Have We Learned?

The primary lesson here is that an individual can react to gluten along a continuum. On one end we have the classic and devastating illness of the autoimmune disorder known as celiac disease. On the other end of the spectrum we have a milder increase in inflammation throughout the body leading to varied and sometimes bewildering symptoms. The other take away lesson is there are multiple specific ways to test to see if gluten may be at the source of your health problems. But always remember the best laboratory for the testing of gluten sensitivity for you is your own body. If a removal of gluten from your diet improves your symptoms and health that outweighs all other laboratory results.