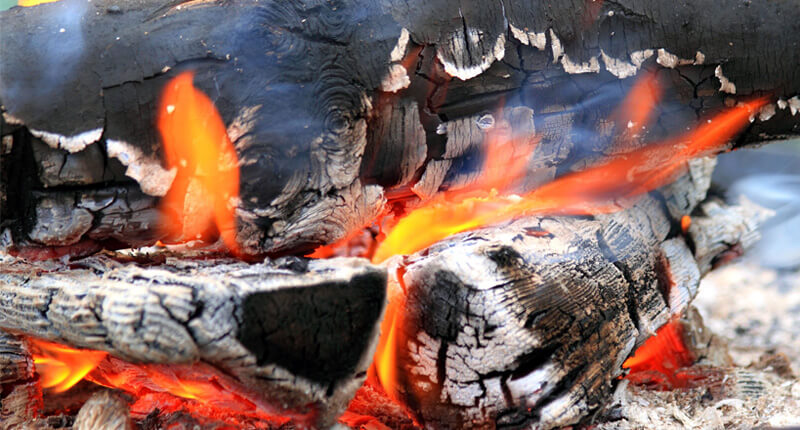 Sitting across from Sandy (not her real name) I could tell that she was confused and frustrated. She was only 38 years old but was already on a mixture of six different medications for symptoms ranging from widespread chronic pain, depression, ADHD, to severe menstrual difficulties. She was also contending with many other symptoms such as anxiety, insomnia and poor memory. Looking over her history of her of diagnosed disorders, complaints and symptoms I realized they all had one thing in common, chronic inflammation.

Inflammation: Not Necessarily the Bad Guy

All healing in your body begins with the much-feared, maligned inflammatory response, a response we try to stop in the U.S. by swallowing 30 billion NSAIDs each year. However this inflammatory response allows us to fight off infections, defeat cancerous cells, or heal a sprain/strain. It is easy to recognize the signs of an acute inflammatory healing response, pain redness, swelling, and heat. Generally this acute inflammatory process or healing response has a beginning, middle, and an end that leaves behind non-painful healthy tissue, most tissues heal within six weeks.

Because of certain dietary, lifestyle and environmental factors this healing response can turn into a disease process of chronic low-grade inflammation in the body, which research shows it cannot be healed by taking anti-inflammatory drugs. I could see from Sandy's health history and diet diary that these factors were a primary source for her many health issues. I pointed out to Sandy, "Chronic inflammation can smolder in your tissues for years without causing any severe disease, 'just' the aches, pains and depression that now plague your life, that is until it sparks into a deadly chronic disease." With chronic inflammation we become the walking wounded unknowingly stalking the chronic disease that finally brings us down.

More Than 'Just' Aches and Pains

I went on to describe the situation for Sandy, "Chronic systemic inflammation is now known to be a miscommunication within your Neuroimmune-endocrine system, and therefore it can have wide spread and multiple effects on your health. New research is being published almost daily in journals demonstrating the strong connection between this silent inflammation and chronic diseases such as cardiovascular disease, certain cancers, metabolic syndrome, diabetes, and neurological disorders such as depression, Alzheimer's and Parkinson's disease. Recent research has even established that chronic inflammation is a primary factor in the epidemic of autism, ADHD, allergic and autoimmune disorders."

It is so significant in cardiovascular disease that individuals are more than two times as likely to have a heart attack when they have higher levels of systemic "silent" inflammation. Specific lab tests can help you monitor your levels of chronic inflammation. One blood test that is highly predictive and helpful in monitoring chronic inflammation is high-sensitivity C-reactive protein, or hsCRP. This was one of the very significant lab findings I found in Sandy's case.I went on explaining to Sandy, "If you learn how to normalize chronic inflammation through proper diet and lifestyle changes, instead of just blocking the inflammation with drugs, you can overcome your chronic pain while preventing the development of chronic disease. It is time to stop relieving your pain and actually begin healing your pain."

Healing Your Pain and So Much More

Sandy's first question was, "How can I do this without drugs?" I described for Sandy how the primary factor in systemic inflammation is the foods that we eat and the exercise we get on a daily basis. The presence of refined sugars, high-fructose corn syrup, saturated fat, and trans-fatty acids in our diet, along with our sedentary lifestyles, are the primary factors that cause chronic inflammation and are associated with the high incidence of chronic muscle and joint pain disorders epidemic in our modern life . I showed Sandy a study in the American Journal of Clinical Nutrition that found diets high in sugar and simple carbohydrates raise hsCRP , just as was found in her lab work.

To fully identify the underlying causes of Sandy's healthcare problems I had added a Urinary Organic Acid Profile in a Comprehensive Digestive Stool Analysis to her blood lab work. These two tests established that Sandy had unhealthy microbes growing in her digestive tract, a condition known as dysbiosis. Dysbiosis or "bad bugs" in the gut can become a reservoir for toxins that can create systemic inflammation and lead to all the diseases and disorders connected to it.

Other studies have shown that these absorbed bacterial endotoxins from dysbiosis can cause inflammation of your liver . This may have been a factor in the mildly elevated liver enzymes on Sandy's blood test. In the past physicians had found this but were unable to explain it because at this point she had no overt liver disease. This leads to another problem with dysbiosis, it can overwhelm your liver's detoxification capacity, especially now in our modern toxic world. This makes complete sense when you realize that a healthy gastrointestinal tract is your first defense against toxic substances entering your body. Furthermore, dysbiosis has been shown to be a major source of the "sick and sore all over" complaint of fibromyalgia and chronic fatigue patients.

Also on Sandy's Urinary Organic Acid Profile I found elevated Glucarate, which is an indication of chronic toxic chemical exposure. This also went along with an elevated blood liver enzyme called GGT. Sandy was quite confused she had never lived or worked as far as she knew in any toxic environment. I explained to Sandy that with the air she breathed and the water she bathed in, she brought cell-damaging pollutants into her body. Along with the approximate 1,530 pounds of Sandy's yearly food and water intake pounds of herbicides, pesticides, fungicides, food additives, chemical preservatives, and industrial chemical contaminants enter her body.

I explained to Sandy that 1970 to 1989, the U.S. Environmental Protection Agency (EPA) measured the actual levels of toxic chemicals in the human body as a part of the National Human Adipose Tissue Survey, or NHATS. The number-one toxin found is also one of the most deadly toxins known: Dioxin and it is found in 100% of all samples taken. All of the chemicals found have been shown to increase chronic systemic inflammation and adversely affect our nervous system. The science is in, and it is conclusive; the other inconvenient truth is that we are living in a toxic world.

Measured levels of chemical toxins stored in human fat tissues 5 of the most toxic chemicals found in 100% of fat samples analyzed are:

Is there any question why we are now seeing an epidemic of ADHD, autism, and emotional and behavior disorders? Yet these disorders are just the tip of the iceberg. Underneath are millions more individuals who unknowingly suffer with an injured nervous system, and their only symptoms are chronic myofascial pain, fatigue, lack of mental clarity, and feeling down!

Utilizing a natural biomedical approach to Sandy's healing took time, but all good things do. By changing her diet, nutrient levels, eliminating toxins, correcting her dysbiosis, and removing food allergies she was able to overcome her chronic inflammation, healing her pain and improving her mood and memory, unlocking the full potential of her life!

For a more comprehensive exploration of these issues pertaining to your health see my book "Why We Hurt", available at bookstores everywhere.

If you would like to read more about fibromyalgia please click on a title below:
Treating the Smoldering Fire of Fibromyalgia and Chronic Pain
Part 2
What is Fibromyalgia Syndrome
Fibro and Fatigue? There is hope!