Unlike muscles, your brain cannot store energy. It needs a steady flow of nutrients and oxygen to function normally. Oxygen deficiency can decrease your alertness, memory and judgment. Conditions that can reduce blood oxygen levels include:

"Insufficient oxygen means insufficient biological energy that can result in anything from mild fatigue to life threatening disease. The link between insufficient oxygen and disease has now been firmly established."
Dr. W. Spencer Way, Journal of the American Association of Physicians 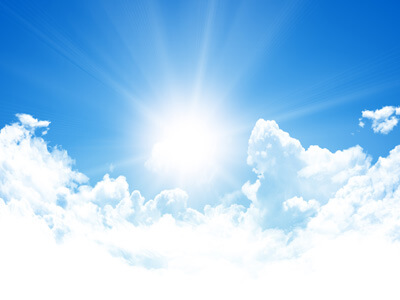 What are the main benefits of using oxygen? Studies have shown that oxygen helps:

Basically, the body's ability to transfer oxygen from the lungs to the cells is perhaps the most significant factor in whether you live a healthy life or not. This transfer mechanism becomes damaged with age, and then susceptibility to illness increases. However, EWOT aids the body in repairing this vital mechanism.

The scientific aspect of EWOT is a little complex, but here is a basic explanation. Oxygen comprises 20% of the atmosphere. Atmospheric pressure is 760 mm and thus the partial pressure of oxygen entering the body's lungs is about 150 mm. However, oxygen in the lungs is diluted considerably with carbon dioxide. As the environment becomes increasingly polluted, the oxygen we intake is more and more diluted by carbon dioxide leaving the body and in the atmosphere. After oxygen is diluted, its pressure is reduced to 100-110 mm. This pressure drives the oxygen from the lungs into the blood and via the arteries to the capillaries in the extremities of the body. The capillaries then release some of the oxygen to support individual cells.

Ideally, the pressure of the oxygen in the arteries will almost equal the pressure in the lungs. However, aging causes the arterial pressure to decrease to approximately 70 mm as opposed to 95 mm.
In order for the oxygen to reach the cells from the capillaries, it must dissolve into the water of the body. Unlike carbon dioxide, though, oxygen does not dissolve easily into liquid. The significance is this: Oxygen's solubility is heavily dependent on the pressure driving it.

Dr. Rowen of Second Opinion explains Oxygen is extracted in the capillaries and when the blood comes out the venous end of he capillary, the average pressure of oxygen in the veins is about 40 mm early in life and drops to 35 mm by age 70. The difference in the pressure of oxygen between the arterial and venous sides reflects how well the oxygen is delivered and consumed.

The breakthrough of EWOT is that it raises the arterial pressure to youthful levels; it only involves breathing high levels of oxygen while exercising. Exercise increases the circulation, creating a greater pressure to drive oxygen into the capillaries. The increase in pressure facilitates the repair of the transfer mechanism. EWOT is effective for every conceivable condition because it improves the delivery of the most essential substance in tissue life and repair.

"Extra oxygen enables you to recover more quickly from exertion. It allows someone to train and then exercise again."
Dr. John Brewer, head of sports science at Lilleshall Human Performance Centre: Health and Fitness 1999

"Oxygen can clear your head, help eliminate toxins, and give you a mind high."
Andy Davison exercise physiologist Cosmopolitan 2000

"If you use oxygen for 20 minutes, muscles become loosened; headaches and stress seem to disappear.
There is a renewed energy and a feeling of relaxation. I am confident oxygen works."
Dr. Richard de Andrea Sunday Herald

"Dr. Parris Kidd stated that 'oxygen plays a pivotal role in the proper functioning of the immune system; i.e. Resistance to disease, bacteria and viruses.' Dr. Stephen Levine stated that 'we can look at oxygen deficiency as the single greatest cause of disease.' thus the development of a shortage of oxygen in the blood could very well be the starting point for the loss of the immune system and the beginning of feared health problems such as Cancer, Leukemia, AIDS, Candida, seizures, and nerve deterioration."
B. Goulet - The Magic of Aerobic Oxygen - Focus on Nutrition

"I have ME and Fabro-Myalgia and have suffered with this debilitating condition for more than twelve years. I saw an oxygen bar at a health event and needed to sit down and by chance tried the oxygen. After this for four days I felt so active, had no pain, no fatigue, and no exhaustion and even managed to clean my house out. I made frequent trips in my car to the tip and charity shop of which I am normally unable do. I even went out for a meal and went shopping which I’ve never been able to do."
Carol Mason from Patmoor, Staffordshire